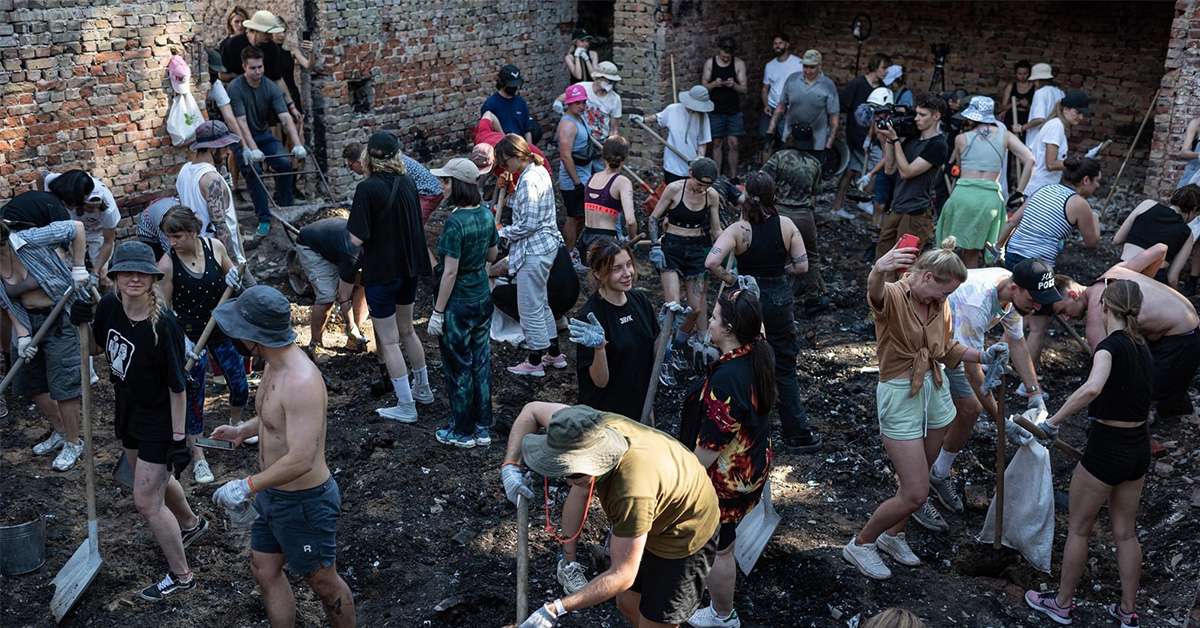 Ukrainian volunteers recently came together to organise a ‘clean-up rave’ in a village in the North of Ukraine, Yahidne.

The rave was organised in an effort to clean up the areas and restore the buildings left devastated by Russian occupants holding the north road to Ukraine’s capital, Kyiv.

On the 3rd of March, just 8 days after Russia’s full-scale invasion of Ukraine was initiated, Russian forces swept into Yahidne.

On March 31st, the village was liberated by Ukrainian troops, following nearly a month of occupation and the imprisonment of 300 residents – 77 of which were children.

The organiser of the Repair Together clean-up initiative, Tania Burianova, has stated “Volunteering is my lifestyle now” — and it is clear that this is a mutual feeling among each of the volunteers who have travelled from nearby cities to offer their help.

Burianova also recognises the importance and power of music, “I like electronic music and I used to party. But now it’s wartime and we want help, and we’re doing it with music”.

After all, we all know that techno is a uniting cultural force and a sanctuary for many of its listeners.

The efforts of the volunteers are encouraged by the backdrop of techno music, which served as a unifying force whilst the volunteers spent their time fleeting between shovelling up debris and dancing away to the live DJ.

Although, the sad reality is young Ukrainians are only able to maintain some normality in their life through ‘clean-up raves’. Yet, incredibly, the 200 volunteers who channelled their love for techno into the clean-up repaired over a dozen homes over the weekend – and that’s just the start.