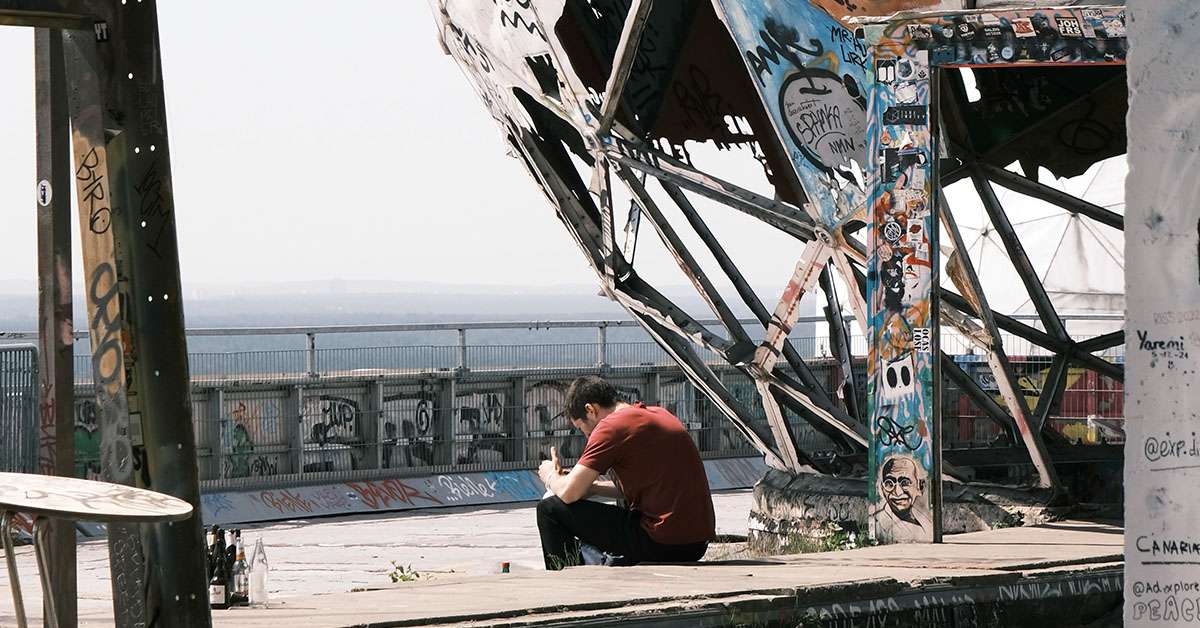 Chart-topping tunes have helped raise dance music to the place holds today, but sometimes they don’t quite cut it. Here are a few of our favourite deeper cuts from the techno world, perfect for when you’re looking for that underground vibe.

A playlist of our featured tracks can be found below, be sure to give it a follow – best listened to in a dark basement.

A collaboration between two of Berghain’s original residents, the menacing ambience of this track counterpoints others features on this list.

While most of these underground tracks are a fast-paced assault on the senses, ‘Phantom Studies’ has more of a sinister and meditative feeling – luring you into the dark depths of its soundscape. This tour de force from two of Berlin’s finest is not to be missed.

Harking from his Debut LP, Volare calls back to Coyu’s old style; its acid synths and driving drums hold their own in this selection.

The overall album, ‘You don’t know’, is another exceptional listen from the Spanish producer. It covers a much broader spectrum of dance genres with an impressive and often surreal approach.

Setting expectations high, this track was named after Warschauer Sraẞe, the artery to the heart of Berlin Club hotspots, Friedrichshain and Kreuzberg.

Keeping true to its name, this tune reinvison’s the world’s most notorious techno venues through sound.

As suggested by the title, the track delivers aggressive sounds that are just as at home in Berghain as in your bedroom. From residents of the infamous Sub Club, this Glasgow duo never fail to supply the goods at Animal Farm techno nights.

Death Techno label were wise to sign this lesser-known entry from A4, a Spanish techno producer that packs no less of a punch than his more famous counterparts.

Following ‘Critical Assualt’ landing a frequent feature in Amelie Lens’ setlists, it has exploded in popularity. The dark but minimal sound of this industrial track is one that keeps you crawling back for more – it’s undoubtedly one for the playlists.

You wouldn’t be able to tell it from this hard-hitting track, but Dr Gaertner only started his techno journey in 2019. The South German producer’s April release features a pounding rhythmic and tribal sound.

He utilises all the restraint and detail a veteran producer would, creating a sound completely unique in this list.

Detroit legend and minimal techno pioneer, Robert Hood, is essential listening for anyone wanting to dive deeper into techno.

A member of Underground Resistance alongside Jeff Mills, Hood was part of the early Detroit influence in the Berlin techno scene, playing at Trezor in its formative years.

As the final track on his 2014 ep Protein Valve, ‘A.M. Track’ stands as a minimal masterpiece and a perfect example of the classic 909 techno sound.

Lashing out with this creepy and existential cut, ‘Eskapist’ hooks you into this track with distorted bells reaching out of the murky soundscape.

The voice cutting through the track brings into question your perception of the world around you adding a dysphoric chill to the sinister track.

‘Eskapist’ seems to rarely come out of the woodwork with no information on streaming platforms and no mention of any kind in Figure’s label website, adding yet more intrigue to this track.

A straight-up heavy techno assault, this mix takes an already aggressive track; then pushes it right to its limits. With a kick drum as subtle as a brick to the head, this 5:31 pounder is sure to grab your whole being for its duration.

Leipzig-based Unart8’s original mix could still more than hold its place on this list; with glitchy vocals and percussion adding a hyper and unhinged nature to the track.

Hellrad’s additions bring the darker sounds nurtured by his fascination with the likes of Rebekah and SLAM, creating a true underground techno masterpiece.

Describing herself as your one and only source of the pure energy, MOIA talks a big talk. This talk, however, is backed by even bigger tunes.

The twice HÖR featured, Berlin-based DJ, brings this energy in full force on ‘Trauma’. It expells a dense and aggressive driving section, paired with cavernous breakdowns. This huge track creates a perfect showcase of techno.

Mallorca based DJ’s, Toti Pereira and Alberto Ruiz, bring another minimal cut to this list.

With dark bubbling textures and alarm-like synths, the six minute track maintains energy and suspense; while still giving each element its own space to breathe and linger.

With a choppy riff that wouldn’t be out of place in a metal song, Schwefelgelb brings an instantly memorable sound.

The Berlin Techno duo bring the goods on the ‘Dahinter Das Geshit’ EP, released on n-PLEX records; with the fourth and final feature on the ‘DDG’ EP being our pick of the bunch.

The fast paced synths and sounds – pinging from ear to ear – make this a gripping track and a must play for heavy techno nights.

A perfect track to round off this list, ‘Kozlov’ brings all sounds intense and haunting to this powerful track.

The Frenchman found his techno calling in Croatia at 18 and moved into producing at 22, creating fast pounding tracks to please even the hardest techno fans.

Abysse gives a taste of this potent sound with a crushing vastness to the atmosphere it produces.

Find all the tracks plus a few extra top-tier tracks ready for your listening pleasure below.

Charlie has honed his skills by exploring the history of the rave. Dedicated to analysing the full breadth of the musical spectrum, Charlie is in his element listening to and uncovering new corners of the dance music world.